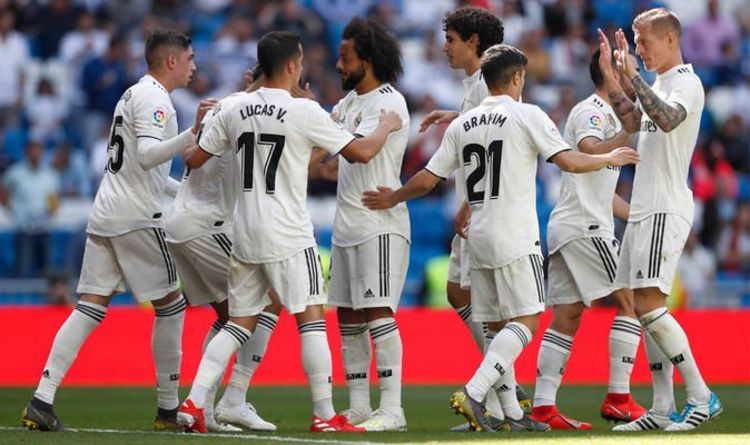 Real Madrid have decided to show the door to the club’s third-most expensive signing of the previous decade, only behind Eden Hazard and Gareth Bale.

The 23-year-old Serbian striker joined the Galacticos in the summer of 2019 for £55m, but has struggled to adapt to life at the Spanish giants.

Having scored 27 goals in 48 appearances during his last year at Eintracht Frankfurt, Jovic has only scored twice in 32 games since moving to the Spanish capital.

Unfortunately, He has done little to live up to the hype and has scored just twice for Los Merengues in the one and a half season that he has been part of. The 23-year-old reportedly has failed to settle into Spain and does not communicate in the language which most of his teammates use- which is why he has been left out as an outcast.

The striker has been linked with moves to Serie A leaders AC Milan, as well as a move back to Eintracht Frankfurt. Jovic has dropped to a third-choice centre-forward option for Zidane, behind Karim Benzema and Mariano Diaz. He hasn’t scored or assisted a goal this season, and last featured in a game back on November 8 during a heavy 4-1 defeat at Valencia.

So far this season he has played just 208 minutes across five matches, though he missed several matches due to Covid-19 and then a tear to his abductor muscle.

At 23 and with three and a half years left on his contract with Madrid, it is looking increasingly likely that Jovic will go out on loan this summer or even be sold. With setbacks like yesterday’s, it’s going to be very difficult for him to win his place in the side.

FacebookTwitterInstagramLinkedin
Do NOT follow this link or you will be banned from the site!